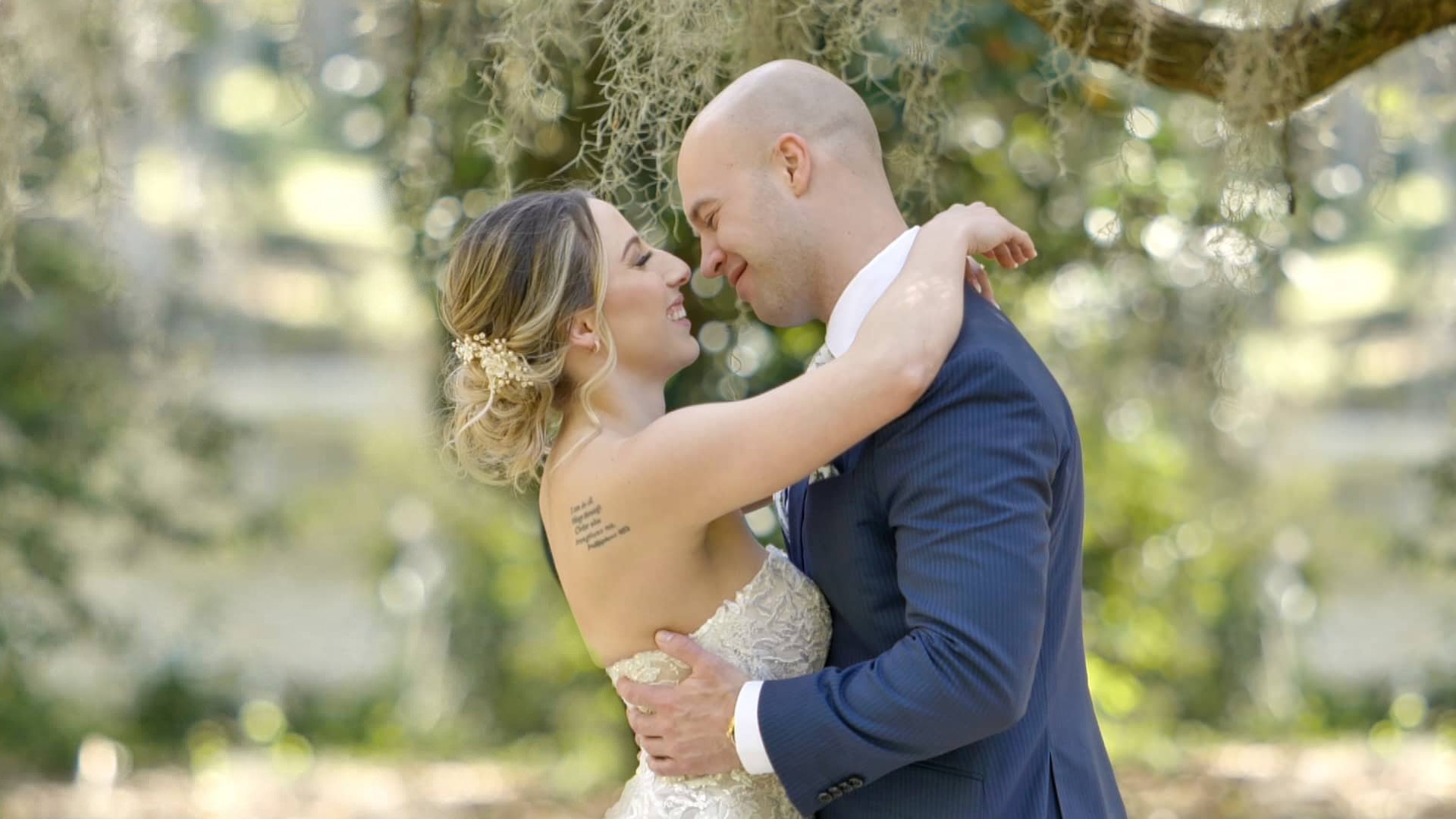 Kathryn & Stephen’s wedding really gave us ALL the feels! These two met in middle school, but never officially began dating until 2016. Since then, their relationship has catapulted to a new level. They moved from PA to SC, bought a house and started new jobs. In July of 2020, Stephen planned a hot air balloon ride and popped the question. Talk about a romantic proposal! After years of building a beautiful life together, Kathryn & Stephen finally tied the knot in front of their closest family and friends at Legare Waring House, one of the most beautiful venues in Charleston. They experienced so many special moments throughout the day, including first looks with bridesmaids, Kathryn’s father, and of course the groom. Weeks before the wedding Kathryn mentioned to us that she wanted us to capture footage of an alligator on her wedding day. We told her we absolutely would if we got lucky enough to see one! Well, as luck would have it, a big ole gator decided to show up right when Kathryn shared her first look with Stephen. That timing was perfect! The day continued with a heartfelt ceremony, stunning portraits around Charles Towne Landing, emotional first dances (we still tear up when we see the look on Kathryn’s face when she dances with her dad and the look on Stephen’s mom face when she dances with her son), followed by one heck of a party on the dance floor. Stephen actually surprised Kathryn with this video by hiring us without telling her. Low and behold she had already had her eye on us, so when Stephen told her he hired us she was super excited! We truly can not say enough kind words about this couple. We are so grateful to have had the chance to film such an incredible day and look forward to keeping in touch with Kathryn & Stephen as they enter this next chapter in their lives. Cheers to the Mortensens!

”Jessie was amazing. From our initial meeting, to our special day, to the delivery of our videos she has treated us like friends. The quality of work has made us speechless. It's like getting a top notch short film and movie trailer of your love. This was actually my wedding gift (from my now Husband) and it was so much more than I could imagine. I cannot recommend working with Palmetto Wedding Films enough! It was hands down one of the best best investment for our wedding and it is so great to have video of our loved ones in such a beautiful light that we can cherish forever. Thank you so much!